Site Search
REGULAR SEARCH. SEARCH FOR TAGS, CATEGS, OR ANYTHING YOU WISH.
Share this site to:
Sharing is caring. For STEM Culture and beyond!
•fb
•tw
ID) ) ); /*End of Pinterest*/ ?>
•pi
•g+
Subscribe to Newsletter
WE USE MAILCHIMP. TO UNSUBSCRIBE, USE THE LINK FROM MAIL or click here.
THANK YOU! YOU ARE REGISTERED TO OUR WEEKLY NEWSLETTER.
Tell us what you think:
LET US KNOW WHAT YOU THINK.
Thank you for your message.
Romanian Teams at the World Championship, Detroit – 2018
Scroll down for more ↓ 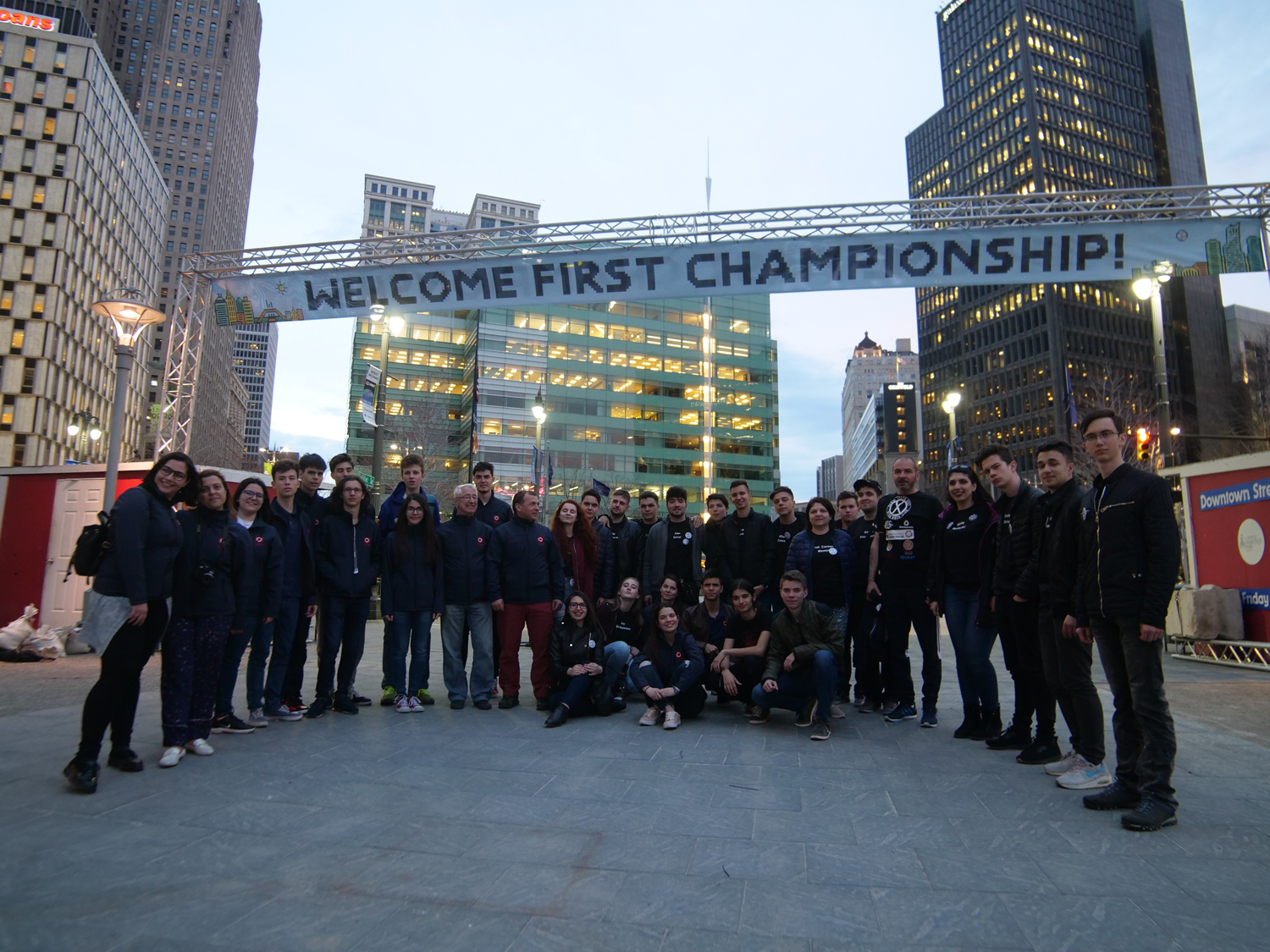 There were 2 Romanian teams that played in the Semi-Final.
Technogods Robotics Team reached 4th place in their division and secured their spot in the Semi-final. They chose in their alliance one Romanian Team – Team Xeo and one American Team.
„I am very proud of all the children that participated in this championship and who worked for months and months, sometimes during the night too to build these robots” said Dana Războiu, the founder of the „ EducationNatie Prin Educatie” Association.
All the matches played at the World Championship, the special events and the overall teams experience have brought many tears of joy to the students that represented Romania in Detroit at the greatest Robotics Championship, First FIRST Tech Challenge, where they competed against teams from all over the world.
Congratulations to all the Romanian teams that attended the event!

Here you can find some highlights from the Championship – https://www.facebook.com/NatiePrinEducatie/videos/888848784630647/

Any cookies that may not be particularly necessary for the website to function and is used specifically to collect user personal data via analytics, ads, other embedded contents are termed as non-necessary cookies. It is mandatory to procure user consent prior to running these cookies on your website.